When we say something, there might be more meaning behind the words we say than we intend.  The difference between denotation and connotation is often presented as an example supporting this point.  Almost like different shades of color, there are different shades of meaning: wacky doesn’t mean the same thing as downright insane or deranged or kooky or weird.

Well, the probably are synonyms on Dictionary.com, but they are used in different settings to suggest something about a subject.  However, words aren’t the only things that say something: appearances can also make a big impact on how the world “hears” us.  For example, if I came to class wearing a scowl and somber colored clothes and slouched in my chair, I would give off a different vibe.  Don’t imagine that, that ‘s a horrible outfit for me.

Has anyone ever been worried about what people might think, when they say something that could come off wrong? END_OF_DOCUMENT_TOKEN_TO_BE_REPLACED

Of Words and Wizards 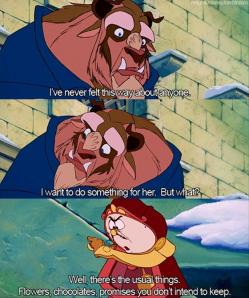 END_OF_DOCUMENT_TOKEN_TO_BE_REPLACED

When the Going Gets Tough: Stress Management

This week, I SOAPSTone a piece I read in English class called “The Night of Oranges”, by Flavius Stan, END_OF_DOCUMENT_TOKEN_TO_BE_REPLACED

When I say essay, I used to think “long, meticulous report about a meaningful topic”, but this definition has definitely changed over the course of my journey with English this year, starting with the summer. END_OF_DOCUMENT_TOKEN_TO_BE_REPLACED

An Essay on A Mystery Challenge

To whom it may concern, SOAPSTone is, as defined by the Collegeboard, “a method for dissecting the work of professional writers.”  Arguably the “main point” of AP English language, SOAPSTone is something I’ll be using a lot this year, ergo I decided to implement SOAPSTone into my blog.

END_OF_DOCUMENT_TOKEN_TO_BE_REPLACED

I finally caved in to my curiosity and looked up the definition of a pilot episode, which is a first episode used to test the waters, see who’s watching the series and predict if the show will sink or float in the vast sea of TV shows.  According to TIME Magazine’s “Ready for Takeoff: 10 Greatest TV Pilot Episodes”, a pilot episode “should intrigue you enough  to make you want to come back for the next installment.”  I guess a pilot episode hasn’t ever worked its magic over me then.  The only TV show I watch periodically is Jeopardy, which doesn’t have an episode explicitly titled “Pilot”.  It has a first episode of course, but it doesn’t have the “Pilot” episode and doesn’t come out with fancy, clever titles every episode like other TV shows.  Maybe the fact that Jeopardy is a game show is a significant detail.  Nonetheless, Jeopardy and pilot episodes aside, I needed something to start my blog. END_OF_DOCUMENT_TOKEN_TO_BE_REPLACED